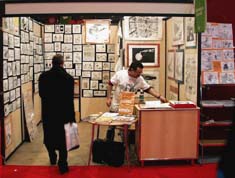 Paris:- Friday, 22. March 2002:- One day in 1995 I realized I hadn’t been going anywhere for a long time. I think it was a rainy Wednesday when this occurred to me. To ‘go somewhere,’ I decided to go out and buy a digital camera – mainly because the price of the first models had just fallen by 57 percent.

On the way to the camera place I saw posters in the métro announcing the Salon du Livre. When I got to the place, it was closed for lunchtime, so I got to cool my heels in a neither here-nor-there area of the 15th for 90 minutes.

When the place reopened, the cameras were just being unloaded off the delivery truck. My luck – not to have arrived before lunch. They cracked open a box full of them and gave me one.

I tried in on Thursday and it worked – well enough. That night I went online and found a ‘taker’ for a report about the Salonphoto: larousse stand du Livre, which I did a day later, on Saint-Patrick’s Day. This ‘day’ lasted until well into Saturday morning, and not much else has changed since then.

So, ‘doing’ the Salon du Livre every year is really an anniversary for me, even though Metropole Paris has several other ‘anniversaries’ now. Then as now, they all require me to count the years on my fingers, but I’ll let you figure this one out.

‘Red’ is a favorite color a this year’s salon.

Although not on the same date, this year’s Salon du Livre begins on a rain-threatening Friday, after the official party yesterday for everybody involved except this serial reporter. It’s okay, because there was an important Café Metropole Club meeting yesterday too.

At the Porte de Versailles, at Paris-Expo, the salon is in the same big hall as it was in 1995, in the same place as the ‘beautiful cows’ were in a couple of weeks ago. Putting red carpets over the yellow straw really changes the whole color-cast of the place.

The first thing I notice, besides the cardboard ‘Roman’ decor and the Vespas, is that the entries are arranged so that a small number of visitors create long lines. Half of those in front of me are haggling about their complementary tickets, while I simply buy a ticket and wait my turn.

For readers who may not have been following these reports over the years, the annual Salon du Livre shows off the latest creations of the French publishing industry. This salon is not as big as the monster ‘Buchmesse‘ in Frankfurt, which will be from 9 to 14. October, later this year.

But like Frankfurt, the Salon du Livre also shows off works produced by foreign publishers in French, as well as having an invited ‘country of honor.’ For this 22nd salon, it is Italy’s turn. This explains the entry area’s Vespas, and possibly, the red carpets too. I forget to look for the ‘green.’

Inside the salon there are not terribly huge crowds. It feels like there is elbow-room. This is good for browsing in peace, talking to the people on the stands and manning the booths. It also seems as if the bigger French publishing houses have not treated themselves to the mountain-climbing stands of former years.

The vague plan I had for touring this year’s show was to try and find all the publishers that are producing works with Paris or France as a subject. In some bookstores, these types of books can fill major amounts of shelf space.

My ‘plans’ seldom work out, on account of being aimless at heart, so I wander to the west in the giant hall and then towards the south. I find what is missing. Thephoto: italian stand multimedia publishers are diminished – they used to cover a respectable amount of salon space – ‘we have educational software!’ – and – better yet! – ‘we have games!’

But they aren’t here, not in their former ghetto of glory and cacophony of digital sounds. E-books, CD-ROM producers, gamers, onliners, are reduced to 370 square metres, if you can find it. No Microsoft, no Montparnasse Multimedia – heros of yesteryear.

The Italian stand, with lots of headroom, is too big to fit in the camera.

It’s okay because I have an ‘ace’ up my sleeve. The biggies don’t send me any complementary entry tickets, but some of the tinies do send me emails to say they will be here.

You might remember that slightly less than a year ago I mentioned that the prestigious publisher Cherche-Midi was putting unpublished authors’ works online to test the literary waters, instead reading the works themselves.

To illustrate this, I mentioned Carol Zalberg, who had written three books without getting any published. She put her latest, ‘Les Memoires d’un Arbre,’ online with Cherche-Midi and she has sent me a note to say that she will be on their stand today, to sign the printed and bound version which has just been published.

This means, at least for Carol, that online readers can help an author to break into print. So at stand G41, I find Carol with copies of ‘Les Memoires d’un Arbre’ arrayed before her, waiting to dedicate them for readers. Last year she was unpublished and this year she is here with hundreds of other authors, to meet the reading – and hopefully – book buying public.

Over the months Carol has also been building up a Web site during pauses of writing new books, and you can check this out at her own Web site, which I’ve found to be quite lively.

You always have to cross the whole salon from the entry to the back to get to the stand of thephoto: carol zalberg ‘country of honor.’ In Italy’s case, they have a fake Roman construction that is really high, so you can see it from a long way away.

It is imposing, but inside it has wads, acres of headroom. I hear a lot of Italian being spoken too – as I have all week around Paris – but, after all, it is nearly Easter and this is Paris’ traditional Italian season.

Carol Zalberg has shown how to use the Internet to get her book into print.

A stand for Victor Hugo flanks the Italian colossus on one side, and the Forum des Auteurs is on the other side. There are other Italian publisher stands nearby, and just beyond are stands belonging to countries close to Italy, in a sort of mini- Balkans.

Other outfits big in the book business have their author’s forums too, such as the FNAC chain, Virgin which is specializing in crime literature, Radio-France, and there is sort of a combat zone for the comics people to sign their works for their fans of all ages.

I am passing near this and I notice a spare wall that is plastered with cartoons, newspaper front pages and various other clippings. It is very un-salon-like, sort of the only graffiti that looks like graffiti in the place.

As I see the front of this stand I also see a familiar face, one that takes me straight back to 1995. There are stands around the salon for the ‘little’ publishers of obscure corners of literature, but cartoonist Jean-François Batellier is the only person I’ve ever run into here who is one-man everything.

Unlike me, Jean-François keeps on doing cartoons for the press, and for his albums, which he publishes himself. This is not mere vanity. He does this because it is a way to make a living, and he deals directly with his readers and fans, in person and by mail-order.

Some of this is done through paying for his own stands at book salons like this one or elsewhere around France. Jean-François is also a prolific ‘newsletter’ writer, but until recently these were photocopies distributed by the Poste.

His own life is part of a cartoon, and at every show he hands out photocopied updated versions of it – withoutphoto: j f batellier, cartoonist bothering with any reminders of past versions. This year his story begins with, « To resume the previous chapter, several surgical operations prevented me from bringing out the 9th album as foreseen… »

Jean-François in his one-man stand, showing a bit of ‘squat’ to the right.

This goes on for several hundred words, until it ends with the word ‘chaos,’ and is followed by a paragraph almost as long, devoted to the ‘present’ – which is altogether rosier. Then there is a longer paragraph with near and far future project plans.

There is a lady looking in amazement at Jean-François’ stand – which is plastered with hundreds of cartoons, plus he is ‘squatting’ in a dead-space area of the adjoining stand. The lady says she doesn’t eat for four days in a row sometimes, and Jean-François says he hasn’t eaten since breakfast.

He asks me to keep an eye on things while he uses his stand’s own toilet – the only stand with one at the salon, for medical reasons – and after he emerges, he hauls out the makings of a crude French sandwich – packaged salami, half baguette, soft butter, knife, can of beer – but has no time to eat more than half before a serious-looking potential client has engaged him.

Jean-François says he is not ‘responsible’ for his Web site but he does have one, plus email as a way of contacting him. Knowing that not all readers can get to meet him at this salon, I need to mention that Jean-François lives in Auvers-sur-Oise and will take agreeable people on art tours there on Friday, 31. May, Saturday, 1. June and Sunday, 2. June.

This will include visiting the ateliers of other artists living there, and will be the only collective open-atelier weekend in Auvers this year. To see the Van Gogh brothers, you should pick some other weekend.

This isn’t all of the salon I would like to see but it is all that time allows. It is not possible to see ‘everything’ anyway, so I follow the red carpet to the exit and admire the Vespas again before getting out to the open air of the Porte de Versailles – with a bag a lot lighter than after tours in previous years.

photo: sign, roma, parigi, twin citiesThis was the day when a good number of presidential candidates chose to shake hands with lit. fans at the Salon du Livre and the low point of this came when Jean-Pierre Chevènement got solidly plastered with a pineapple pie in the face, launched by the celebrated Belgian ‘entarteur,’ Noël ‘Le Gloupier’ Godin.

Monsieur Chevènement was at the salon to sign copies of his book ‘Courage de Décider’ on the stand of Robert Laffont, his publisher. France is possibly one of the few countries in the world that has presidential candidates who have written books – sometimes many of them – before becoming president.

Last Thursday’s official opening was marked by two demonstrations. One was by disgruntled FNAC employees, who are unhappy with working conditions at the huge media distributor’s stores.

The other was a protest demo imported from Italy, directed against Silvio Berlusconi, whichphoto: mini book, paroles d’italie, forward by c tasca upset Italian government officials accompanying the Italian delegation so much that they went home – to face a monster anti-government demo in Rome. However, Italian publishers remained at the salon in Paris.

Small book with a big print-run.

France’s Minister of Culture, Catherine Tasca, was not amused by the event. But this was made good by her preface to the book, ‘Paroles d’Italie,’ published as a ‘mini-livre’ by Editions Biotop, in the sub-miniature format of 26mm by 32mm, with 180,000 copies printed. 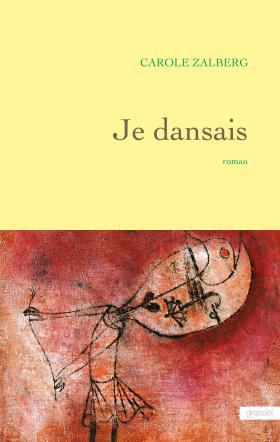 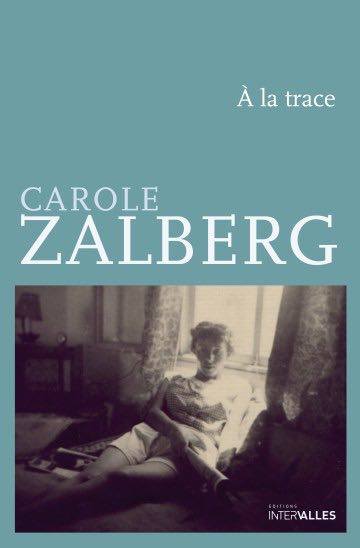 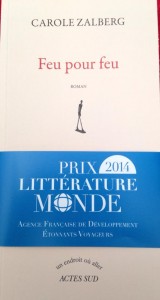 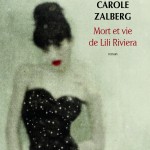